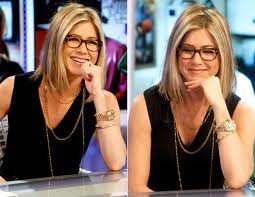 This is a character interview, the result of a blogtrain challenge found at Absolute Write’s Water Cooler for January 2012.

To follow the train, and read other character interviews –

browse through to the following links –

Note: coincidentally, Cas happens to be one of my writing buddies – she signed up for AW’s blogtrain this month just after I did.

The following interview was based on a character questionnaire invented by the noted French author Marcel Proust, and can be found on the internet often labelled as Character Questionnaire 2.

Please note that my main character, Blue Finchett, is a forensic psychologist by trade. She’s often in control of interviews herself, and after the first few questions from this question sheet, Blue basically took over, and the interview went on a different path.

For the sake of the blogtrain, Blue’s interview has been kept down around the 1000 word mark. This entailed much editing. She talks a lot. The full transcript will be found off the character menu on http://hunteremkay.com at some point in the future. There, she answered several more questions, and spoke about remaining in control.

Image note : That’s actually Jennifer Anniston being interviewed on spanish tv. It’s the closest I could get to what I picture Blue looking like. Think JA crossed with British pop group Girls Allowed’s Sarah Harding with her shorter flip-over bob haircut.

Transcript of Video Interview with Clare Finchett, 10:00am Monday 15th.

Thanks for allowing us all to share in this interview, Clare. Is it okay to call you Clare?

Clare is fine, but I prefer Blue. It’s been my nickname for as long as I remember.

Can we know the story behind it?

Oh, there’s no great story, unfortunately. I think I picked it up both because I have blue eyes – although they’re really closer to green sometimes now…

And when I was little I hated pinks, and lavenders with a vengeance. When my Mum struggled to get any clothing for toddlers in any other colours, she resorted to buying from the little boy’s racks – and most of my clothes were in blue for quite a while.  Until she could get me into a school uniform, anyway. And even that was blue –  blue gingham with a baby blue jumper for colder days. [Chuckles].

Well thank you for that little story. It’s a popular name now, though.

Yes, you mean since 2012? When Beyonce called her new baby Blue Ivy? Yep, there’s lots of real Blues around nowadays.

Let’s start with my real first question, shall we?

There have been a lot of achievements in my life, and I have so much to be grateful for. Going through the years of study to obtain my investigative and forensic psychology certification should account for most of them, I think.

Hmmm. Having two parents who work as psychologists probably painted my own career choice on the wall at an early age – I was either going to go into the family business, or completely rebel against it, and become a teacher or something.

[Pause for thought] But also, having two psychologists as parents made it sometimes even more difficult to achieve success in my own way – if you know what I mean?

Do you mean that there was a lot of pressure from your parents for you to achieve in psychology, or your studies?

No. In fact, the opposite. Sometimes, looking back, I think they went out of their way to not apply any pressure, that I found myself working through my study program feeling very independent, almost – [pause]

No, not alone. Not unsupported. Just very much empowered with my own capabilities and mission to do something as good as what I saw in my parents, but different. The pressure I felt when I was younger was to do something bigger, or different from my parents, to save the comparison – which only would have come from myself anyway. So, I chose a different stream. [chuckles].

My Dad had built a career in academics, he has tutored in social and industrial psychology for several decades now. My Mother is a total clinician – she holds a private and NHS practice in  psychotherapy. She also provides volunteer aid to a local children’s mental hospice, and works in several local schools.

[Quick pause] I chose the applied psychology fields of forensic psychology and criminology, which incorporates the best of both my parent’s worlds – academic research and study assessments and clinical work with victims of crime and those in the criminal justice system.

[Laughs] But I can’t say my parents were originally very enamoured with my choice to work with criminals – or even the police. But my earlier days where I had to provide work secondment through some UK prisons – those are some of my greatest achievements to date.

During the years of studying I also took a gap year, where I took the opportunity to travel a little overseas, and also work towards my masters in a reciprocal agreement in Germany.

I spent a few months traveling around Australia and Asia – alone, which was scary and exhilarating. And then finished off my year frozen to bits in Colne. The whole year was another achievement – I learnt just how independent and self-resourceful I could be away from any close contact with friends or family to fall back on.

And those challenges were some of the less appealing of your studies?

[Laughs] Growing up, learning to survive, traveling to foreign countries – by yourself? Of course, those challenges were sometimes a little stressful. But seriously? If you’re looking for the real challenges somebody might find in studying towards psychology then you’d probably be best off talking with my old tutors. The amount of headaches I gave them from my problems with getting to grips with the maths in it all… [Grimaces]

[Nods] Yeah, maths. Psychology and particularly psychological research – it’s all about maths. Statistics, bell curves, medians and means, gathering data and analysing it after creating questionnaires for psychometric assessments. Not my own happiest of times, doing all that. I’m not great with spreadsheets. No. Not happy times.

2. Oh. Then. What is your idea of perfect happiness?

[Laughs]. I’m not sure I’ve found that perfection yet. I’m analytical by nature, a deep thinker – sometimes to my jeopardy. But – well, nowadays there is a lot of social movement into helping people discover – no, rediscover, their own happiness.

Me? I believe it comes down to appreciating the little things in our lives.

But being as busy as most of us are – even I forget to take a second or so to notice those small things. I forget to smell the roses, way too often for my own good.

[Pause] On the other hand – [Giggles] I can admit to an unhealthy coffee addiction, and finding a girly pleasure in a decent caramel macchiato. Those make me happy.

What about a perfect Sunday for you?

Oh,  a perfect lazy Sunday for me would be spending the morning in bed, reading the big Sunday papers – with a large coffee of course! And then having a picnic with my partner, on Hyde Park or somewhere with a lot of grass, and just enough sunshine.

Thankyou, I believe our time has run out for this interview. I appreciate the time you have given me. Now, some coffee?