I imagine that every writer out there has a different response to this question, and those responses change over time. It’s one of those questions we all ask from time to time. How many drafts do you do?

The reason I ask is that lately there’s been quite a few authoritative articles stating that a specific number of drafts is required before we publish.

My surprise began with the July 2013 edition of The Writer magazine.

In the Writing Essentials column, titled, Threes a Charm, it is suggested that three drafts are the number needed for any type of writing (blog posts, novels, short fiction, non-fiction, articles, anything) – provided you analyse the work between drafts.

The good thing about this article is that it points out all types and lengths of writing require drafts or revision – sometimes I forget how much time simply writing a blog post can take when factoring in the rewrites.

Stephen King, in his writing craft/memoir book On Writing, talks about his writing process which could be interpreted as having three drafts – the second goes out to beta readers. But then, he, and many other successful writers following similar processes, are experienced in self-edits.

an author of over 90 books, says (in public) that he’s a three draft writer. But in ‘Killing the Sacred Cows of Publishing – Rewriting‘ post, his drafts aren’t the rewrites that others admit to. In fact, his second draft is simply a spelling check, his third some minor changes after one ‘first reader’.

In his latest newsletter just out, Jeff Goins talks about The 5 Essential Drafts. Here’s that newsletter link online.

Writing teacher Holly Lisle teaches a one-pass revision process (reliant on a lot of analysis work on the first draft, obviously) taking it down to two drafts. Her method requires a printed copy of your manuscript, a spiral notebook, pens, a table, good lighting and Nerves Of Steel™.

Karen Woodward, in this excellent ‘How Many Drafts Does It Take To Write A Novel?‘ post, states she does 7 drafts. She also mentions another poll where authors replied with numbers ranging from 4 to 13 drafts.

Incredibly, bestseller author Anne Rice, says she only works in one draft. One! 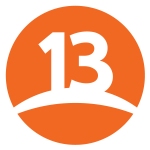 As I’m a very inexperienced reviser, I couldn’t contemplate a few revision passes. I’m developing something like Holly Lisles’ first big re-read and notes thing, but going through the rewrites as different passes at this point. For blog posts, I do tend to do three drafts before publishing, but also fix things after they’ve gone live – that’s a bonus for web or e-content.

Each of us have our own number of drafts in us. I hope that over time, with experience, I can cut down on the need for too many revision passes and drafts.

How many drafts do you do?

2 thoughts on “How Many Drafts Do You Do?”