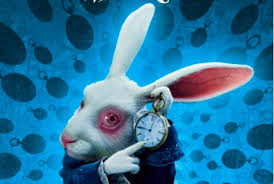 Here are a couple of post links coming across my internet reading lately, and some thoughts towards these –

Fast Company has just published an article by Jane Porter based on Elizabeth Gilbert, bestselling author of Eat, Pray, Love and now of Big Magic. Big Magic’s subtitle is ‘Creative Living Beyond Fear’ and naturally the article discusses some of this topic.

In ‘What The Most Successful People Understand About Creative Work’, Gilbert suggests –

She has to force herself to sit herself into a chair to work by setting a timer for 20 minutes but… she doesn’t  get up once the timer goes off. Gilbert suggests that sometimes it’s at the 40 minute mark or later that “the exciting part happens“. In other words, she uses a timer as a small promise to sit down and get through the boring part and into the “big magic“.

Takeaway – and we all know this –

If we don’t force ourselves to do the hard work, we won’t make room for those breakthrough moments. In other words, without the work, there’s just no magic.

There are four other points in this article, well worth a quick read, especially the recognition of fear as a working factor in any creative’s life.

Also: if you want a refresher on some basics of creativity, on Tim Grahl’s blog recently, guest poster Ginger Moran discusses The 4 S’s to Sustained Creativity.  Moran gives some background via Jung and Freud on what they believed of creativity.

But the Gilbert article and particular point on timed work as a motivational enforcement also struck me with a merge of another article I plucked off the internet this week.

This was an older article (June 2015) by Mandy Wallace, still slowly doing the rounds via pinterest and other social links: How Writing to a Daily Word Count Can Sabotage Your Writing Success.

Wallace starts off by talking about a blogger who moaned about a “measley 2.8k words today” which made Wallace feel an idiot.  Because she can’t write that much per day.

I’m one of those writers who is fortunate enough to have a process and the time to write 4000-5000 words per day, regularly. If I was in a writing blast (like NaNoWriMo) I would certainly be able to do that, if I wanted to,  in which case 2. 8k might well be a legitimate let-down for me. But that’s by-the-by – each writer has a differing capability towards how much, how often and how they count work effort. I try (very) hard not to compare myself with anybody else, but can understand how writers get into that whole compare wheel – writing or anything artistic has a product as an outcome which is by sums, much smaller than the total cost of time and effort put into creating it.  How do we measure how productive we are being through that creative process?

I know a lot of writers who base their own routines and measurements of success on targeted word counts, and it works for them. But – Takeaway:

Wallace goes on to make a valid point – word count only counts in the actual writing process. It’s not a useful measurement on productivity anywhere else in the writing process – editing, publishing, even pre-planning or research – much of which can take a heck of a lot more time than the actual drafting.

Which is where the article and I agree – a better way of putting some kind of measurement factor onto our writing is to time it. An even better way is to set an amount of time for our writing – routinely. For many this is daily; for me, it’s weekdays, which isn’t to say that I don’t spend a lot of time on writing work on the weekends also.

But for weekdays, I can measure exactly the time spent on productive writing work. Weekends I may “think” over writing or muck around on a writing app on my mobile devices while out watching sport, or over lunch before shopping or do it while watching a television movie with my family (I can’t just sit and watch anything, I have to be doing something more useful). Those times are difficult to measure and I seriously don’t want to.

Writers never turn off, or shut the office door. We’re always “on writing”.

But for the sake of having some measurement towards my productivity I know my routine times and hours of writing where time is dedicated specifically to those tasks.

I sit down to “write” – which at the moment actually means not writing, but planning and preparing for next month’s NaNoWriMo effort – from 8am to at least 12 noon every weekday. Often longer, depending on many factors.

I don’t strictly time it. I very occasionally stick on a pomodoro tomato timer if I have a task I know should only take me 20 minutes, but I more naturally work to an Ultradian Rhythm of 90 minutes (Ultradian Rhythms equal our REM state rhythms and fit within the stream of chronobiology and natural states). 90 minutes suits me personally – like Elizabeth Gilbert suggests, her first 20 minutes or so are the boring state, and she’s more likely to have an epiphany or Big Magic into the 40 minute or later mark.

I’ve noticed something similar also – but my cycle is towards flow. The first 20 minutes are pure sludge. Around 40-50 minutes I often notice I’m in flow (noticing you’re in flow often throws you out of that state of flow, sadly).  Flow can take me through another solid – and amazingly quick 30 minutes of productivity. Then my Ultradian Rhythm starts kicking in – I slow down, get tired, lose flow. At the 90 minute mark my body – if not my mind – is demanding to have a rest. My bum gets cramped, my legs get giggity, my eyes shift off the keyboard or screen too many times. It’s a good time to take a long break to refresh myself also. Especially in Sydney right now, when facing sweaty temperatures.

Flow may mean good work, even very occasionally the “big magic” Gilbert talks about. But more often than not, the big magic ephiphanies come while I’m not actually writing – when I’m reading, or looking up to a television show, or reading local news off Facebook or washing dishes.., That’s because I’ve put the work time in for my writing tasks and left my brain to process any problems or issues on it’s own time. Going back to the first article above, and quote – “If we don’t force ourselves to do the hard work, we won’t make room for those breakthrough moments.”

When it comes to drafting, I do use word count – both as an incentive, a target and a measurement of production.  I also set other targets: by such and such day, the outline for nnnn will be completed, today I will work on and complete nnn…  It’s a shame you can’t easily measure all the prep work I’ve been doing lately – if I ran the outlines or character development sheets through a word count I would be surprised if I haven’t already doubled the actual 50K target of NaNoWriMo in prep word count. Most of it won’t even be consulted when it does come to the writing process but that’s not the point – it’s helping my brain to sort out how to start and go on. And occasionally the big magic happens too.

How do you know you’re being productive? Do you measure it?